From Idea to Execution – a Case Study with Qumra Capital 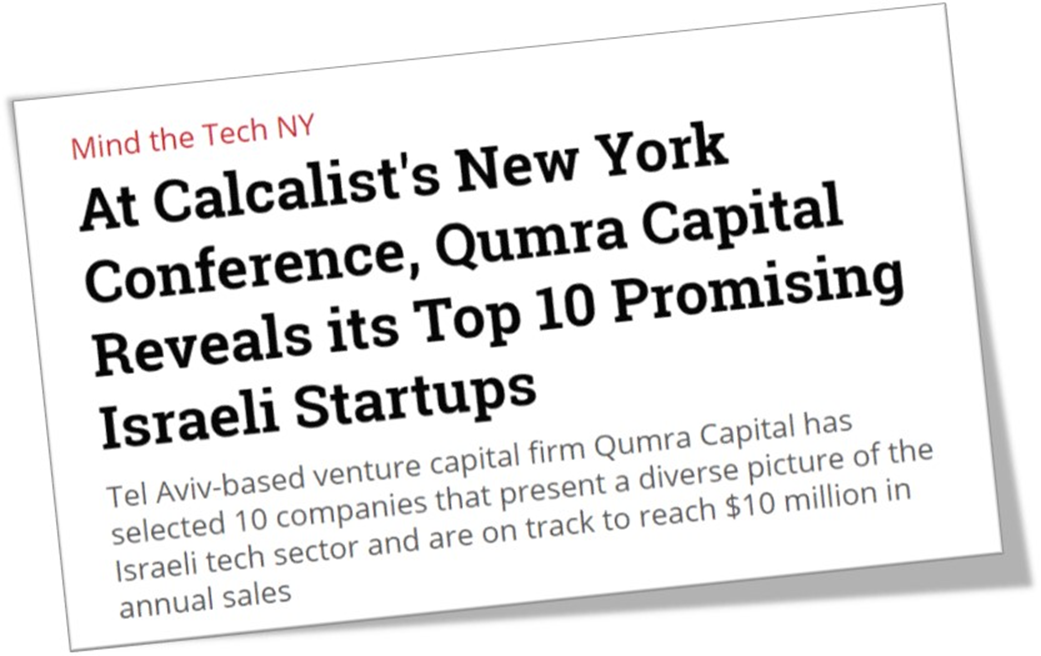 Many VC funds operate in Israel, local and foreign, all of which compete for high-quality startups, both early stage and late stage. Qumra Capital is a late stage VC based in Israel and a longtime client of Extra Mind. Qumra sought to strengthen its position as a leading Israeli growth fund and Extra Mind was asked to help position the fund as well as attract high quality deal flow.

We came up with an idea that Qumra create its own list of the 10 most promising pre-growth startups. In order to do so we did the following:

The final list was announced as part of Calcalist’s “Mind The Tech” conference in NY in April 2019, and received coverage in the paper’s different platforms and other Israeli publications.

“When we published the call for the list, we received dozens of calls from excellent startups in a variety of domains”, Qumra said in a statement

Extra Mind used the momentum with more PR activities around the project and around Qumra. The client got great deal flow as well as recognition and continues to do so long after the competition ended.

In 2020 the conference is set to happen again, and we are proud to be a part this year too.

Do you have an event or service you want to highlight? Speak to us – we promise to come up with a great idea!

There are a lot of PR & Marketing Agencies out there – we don’t sell you miracles , we believe in hard work and making things happen. We make sure your needs and our services are a good fit before we work together –that way we create the best strategy for your company. Contact us!

We appreciate you contacting us, and will get back to you shortly. In the meantime, feel free to see what we do on our LinkedIn and Facebook pages. Have a great day!